Machines can do almost anything that human beings can. The ability of a machine or a computer program to think and analyze the concept is based on the idea of machines capable of thinking, acting, and learning like humans. Artificial Intelligence is more about machine learning and self-learning patterns where the answers can be given to the unanswered questions. Science helps to develop machines with intelligence. Before getting to know about its benefits in different sectors, it is important to know what Artificial Intelligence is.

The term ‘Artificial Intelligence’ was coined in 1956. It is generally accepted to mean all technologies that, combined, allow people and organizations to interact in this modern world. Artificial intelligence describes the action of machines, completing a task that historically requires human intelligence and it is divided into two types: strong AI and weak AI. Strong AI can do anything better than humans. Weak AI will behave like a human. AI has 7 special features, they are In this modern world, AI plays an important role in the education sector. let us see how AI exploring its impact on education.

According to education, AI as a computing system that can learn, adapt, synthesize, and can use data for a complex process. The following points list the role of AI in education. 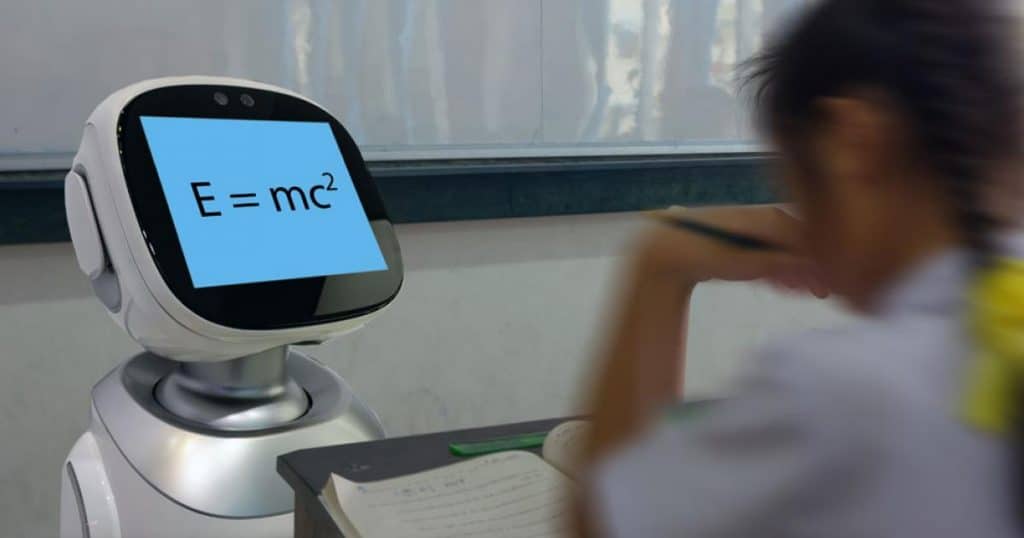 Like education, AI  plays an important role in agriculture too.AI in AgricultureAgriculture is the backbone of India. The Agrotech ecosystem can be transformed for prosperity. IBM (International Business Machines) research is developing AI technologies to empower agri-business ecosystem partners such as growers, inputs sellers, commodity traders, banking, and insurance players in developing countries like India. AI is further helpful in the agriculture sector to increase productivity by using technologies like remote sensing, IoT, visual analytics which have been used to produce crops more sustainably.

Uses of AI in agriculture

Likewise, it plays a noticeable role in the banking sector also. 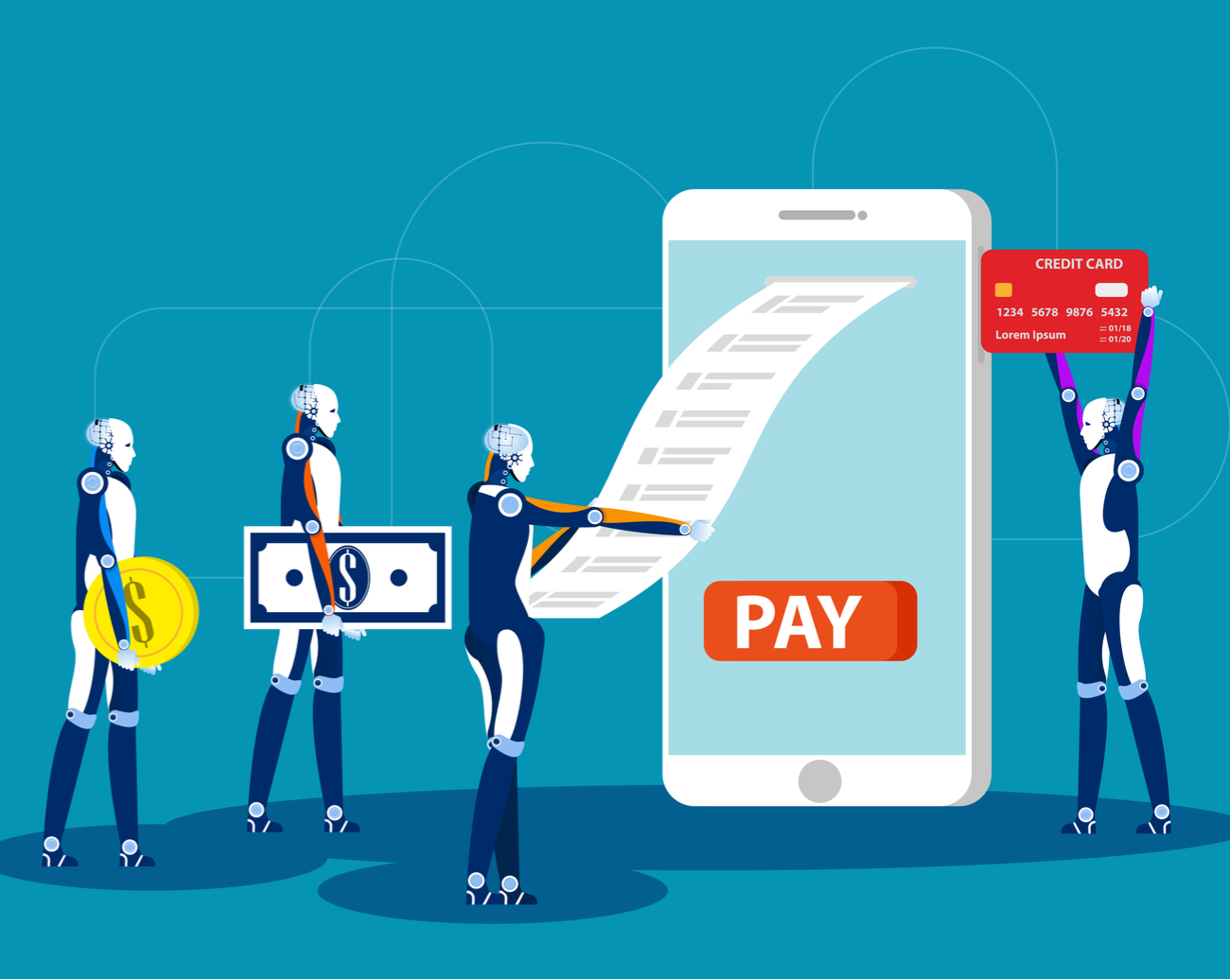 According to the banking sector, creating an account to the people is available on doorsteps. So it increases access to financial services for urban and rural communities. It helps to secure savings, fund affordable insurance, and tools to better manage risk. Due to this convenience new business can start easily and can climb loans within few days from the bank. It also creates entrepreneurs particularly women entrepreneurs, without AI it is not possible.

Robotics emerged out of technological development among all other major developments in society. Robotics is a word that was first coined by Isaac Asimov. He formulated the 3 laws of robotics. A robot is programmed to do a complex series of actions. Every robot is a machine, but every machine is not a robot. Then how we can differentiate a machine and robot? Sensing, thinking, and acting are the three pillars of robots. A machine that can be classified as a robot when it can sense, think, and act.Like human beings have sense organs, robots have sensors that are very useful to gather information from the environment. Human beings will think with the help of the brain however robot processes the information with the help of microprocessors and microcontrollers. Human beings will use legs and hands to mobilize the things however a robot use motors and other actuators to carry out the work. If a machine can do only one of these activities. then it is not a robot it is just a machine.

India is in 9th place in the worldwide rankings in terms of AI specialists. India ranks third in the research of artificial intelligence. The Government aims to make India a pioneer amongst emerging economics with regards to AI. It is estimated that artificial intelligence will add 957 billion dollars to India’s GDP by 2035 and boosts India’s annual growth by 1.3%. In the interim budget 2019-20, the government had announced that India will be setting up a new national program that will focus on artificial intelligence. The program includes setting up an AI portal, AI hub, and center.NITI Aayog (National Institution for Transforming India) has committed to having an AI strategy executed. NITI Aayog urges the government to invest Rs.7500 crores in the new cloud platform. On 20th March 2019, NITI Aayog proposes to establish a cloud computing platform called AIRAWAT which means Artificial intelligence research, Analytics, and knowledge Assimilation Platform.  NITI Aayog cracks a national strategy for building the AI ecosystem. NITI Aayog has a three-pronged approach.

Despite the previous arguments, AI has some disadvantages too.

Future of AI and jobs

AI is the future of the world. It will derive the economy of tomorrow. In this modern era Google, Facebook, and other apps are moving ahead at a great speed. This will result in improving the artificial intelligence software. Software is going to solve all the problems which are in front of us. The successful completion of a process requires 10 steps, one or two of them may become automated while the rest become more valuable for humans to do. The approach is usually much more feasible than trying to design machines.From Apple Siri to self-driving cars, AI is progressing rapidly. Robots are in almost all walks of life from running farms to running shops. It seems that in the future, all you have to do is to punch a button at the start of every morning and all the goods and services that we’re getting now by humans would be delivered by robots.

Computers will outsmart humans and it is in the air for the past 40 years. Artificial intelligence has massive potential advantages. AI should be utilized creatively so as to supplement the efforts of the human which should result in the increase of jobs rather than destroying jobs. Therefore, youngsters who are the pillars of the nation should undertake training and practice in AI and Machine Learning which will help them program AI software programs which will eventually result in an increase in jobs especially in demographically strong countries like India. Thus, AI can be a boon if humans utilize it in a constructive way.